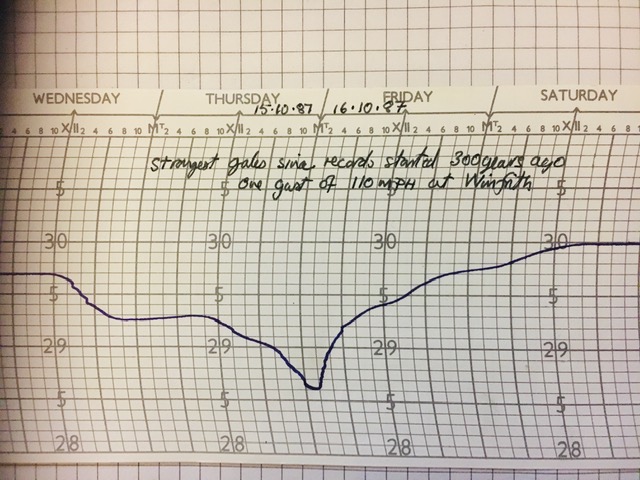 Strongest gales since records started 300 years ago, one gust of 110 mph recorded at Winfrith

On 16 October 1987, the worst night of storms in living memory hit the south of England.

Huge parts of the region took a battering, with parts of the south coast experiencing winds gusting up to 70 knots for three to four hours.

Acres of trees were flattened, caravans and mobile homes were catapulted through the air and houses and flats had their roofs ripped off.

Two firefighters died during the storm

Two Dorset firefighters were killed during the storm.

Out answering an emergency call in Highcliffe, an 80ft high 20 ton oak tree fell on their fire engine, crushing it and trapping them inside.

Four other firefighters in the same vehicle escaped.

Infamously, BBC weather forecaster Michael Fish said the full force of the storm would pass far away from the British mainland and through the English Channel - but instead it cut right through the south of the country.

The yellow wind warnings cover the whole of the UK.

Greatful thanks to Chris Booth for the above image