Search the Magazine archives for a specific word e.g  a Surname.

When using search, using one keyword is better than entering two or more.

You can use the search function on relevant pages and use the buttons next or previous to take you to the next occurence of your search word, the search box is movable by dragging on the top blue section.

Try clicking / tapping on small images, most will expand or open a gallery, clicking left or right on an image in a gallery will take you to the next or previous image, clicking away from the image will close the image or gallery.

Bere Regis features St John the Baptist church which has a history dating back 1000 years - tours given by church members are available between May and September.
Next to the Bere Stream, Elder Road Open Space can be found with it's riverside boardwalk and bridge.
There is a farm shop on Rye Hill (the road towards Wool village) which sells a large variety of local produce.
There are also two village pubs and a village shop.
Close by are the villages of Briantspuddle, Affpuddle and Turnerspuddle, which are quiet and picturesque.
Affpuddle Forest which is managed by the Forestry Commission is found south of Affpuddle village, with Higher Hyde Heath (managed by Dorset WildlifeTrust) found south of Bere Regis.
For the adventurous, there are numerous outdoor activities within easy reach of Bere Regis including Quad Biking, Hang-Gliding and Clay Pigeon Shooting.

Browse around the site ...
and find out all the local information, history and news about our Village...

Bere Regis has known more illustrious times-and even royal patronage-during its 1,000 years or more of history.
If the parish as a whole is considered, the history of human occupation and settlement goes back much further, and archaeological remains show the higher downland in the northern part of the parish to have been continuously occupied from Neolithic times (2500-1900 BC) until the Roman period (AD 43-AD 410).

Bere Regis village is sited by the side of the small Bere River or Bere Stream, a tributary of the River Piddle, where the chalk of the Dorset Downs, to the north, dips beneath newer deposits of clay, sands and gravels.
The village is situated at the western terminus of the A31 road (Guildford – Bere Regis), where it joins the A35 (Southampton – Honiton), although both roads now bypass the village.
The local travel hubs are Wareham railway station, 6 miles (9.7 km) from the village, and Bournemouth Airport, 17 miles (27 km) away.

To the south-east of the village a large conifer plantation, Wareham Forest, stretches several miles to Wareham.
To the west is Dorchester, north is Blandford Forum and east is Bournemouth. Further to the south is the chalk ridge of the Purbeck Hills, and 10 miles (16 km) to the south is the Jurassic Coast, a World Heritage Site on the English Channel.

These wonderful Woods, covering much of the farmland south of Shitterton and running up to Black Hill, were the idea of Dr Brian May CBE.
Having purchased the land in 2012, he shared his 100,000 tree planting plans and then proceeded to turn his dreams into reality.
This page acts as a pictorial record following that journey and also showing you how the Woods are developing today and into the future. 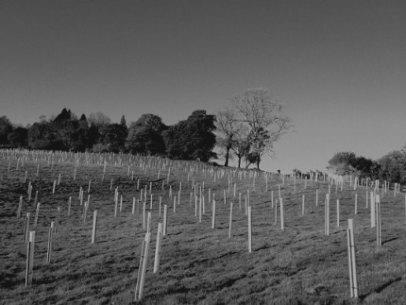 A Brief History of Bere Regis

The church is a splendid 15th century edifice with an arcade built by the Normans, but it is the ceiling which takes pride of place.

It is crudely carved and gaudily painted.

Twelve remarkable figures look down on the congregation.

The twelve Apostles are garbed in colourful 15th century dress and are unique.

The infamous King John had a palace of sorts here and about the year 1000 AD, Queen Elfrida, never having recovered from her dastardly deed at Corfe Castle, died in a nunnery.

On the credit side Bere Regis was the home of Simon de Montfort father of the English Parliament.

Born in France, and retired to England in 1231, on account of some dispute with Queen Blanche.

Henry III. received him very kindly, bestowed upon him the earldom of Leicester, which had formerly been held by his father, and gave him his sister, Eleanor, the countess dowager of Pembroke, in marriage, Jan. 1238.

In 1248 Henry appointed him seneschal of Gascony; but his vigorous rule made him so many enemies, that in 1252 he was recalled, and a violent altercation took place between him and the king.

A reconciliation was, however, effected, and De Montfort was employed on several occasions, in a diplomatic and military capacity. In June 1258 he appeared at the parliament of Oxford, at the head of the armed barons, and obtained the passing of the ordinances known as the Provisions of Oxford.

De Montfort then became head of a new council of state and virtual sovereign.

The king refusing to abide by the Provisions, a civil war broke out, which ended in the triumph of the barons at the battle of Lewes, in May, 1264.

In January of the following year De Montfort carried out the first of the Provisions by summoning knights of shires and burgesses to the parliament.

He thus became the founder of the English House of Commons.

In the same year a powerful party was raised up against him among the barons, and soon afterwards the battle of Evesham was fought, in which the royal forces were led by Prince Edward, and there, in attempting to rally his troops, by rushing into the midst of the enemy, De Montfort was surrounded and slain, Aug. 4, 1265.

The most famous of Bere Regis's residents however were the Turbervilles, who came to Bere in the reign of Henry VIII and remained for centuries.

Their fame however has more to do with Thomas Hardy than anything the family did.

Hardy chose them as the basis for his D'Urbeville family, and such is the power of his writing that we have almost bocome convinced that Tess, a novelist's fancy, really lived.

As part of the community Bere 14-18 Commemorations, a small team is researching the lives of the men of our three local parishes (Bere Regis, Winterborne Kingston & Affpuddle /Turnerspuddle) who served in the forces in the Great War.
If you think you are a descendent of any of the men listed and may have some family or service history or mementoes (Photos, medals, service papers, cuttings, etc ) about them, could you kindly contact Philip Ventham on 01929 471215, he would be very pleased to speak with you.
Any information, however insignificant, is of interest as very often, family recollections can fill gaps in the official records.
All contributions will be acknowledged and mementoes recorded and returned.

Local Villager John England wrote a book in 2012 on the Wells, Pumps & Boreholes of Bere Regis, called 'Well Well Well'.
Over 250 Wells are recorded with over 100 photographs to illustrate.
The book is only £5 available at the village Post Office, with a copy to read at the Parish Church of St. John the Baptist.
You can read an extract from it, by clicking the photograph here of the well at Honeycombe  Cottage, in Shitterton. 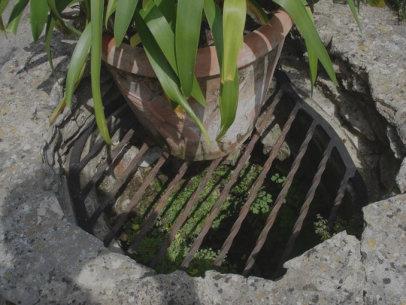